Bringing back Restyle Somedays with Rugs

Does anyone remember when I had a Restyle Sunday feature? (You can find my previous restyle projects here.) I am thinking of bringing it back, and have a list of projects that I can tackle, but my fiancee gently advised me to make it a "Somedays", not weekly commitment. I am giving it a go, so here is the first project of the new year: Sewing rugs together.

When I first bought these rugs a couple of years ago I imagined that one day I might sew them back together. Ever since that day, it has been a hassle to vacuum them, and they always seem to slide around. I was not the one most annoyed, but my roommate and my boyfriend never liked it. With a new rug for the couch area, it was time to do something about these two. 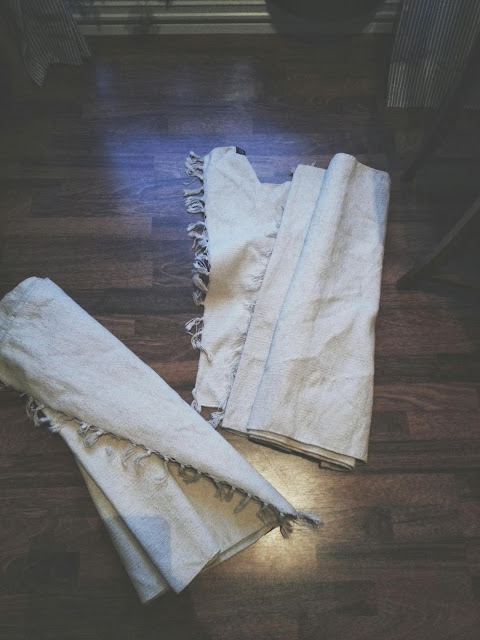 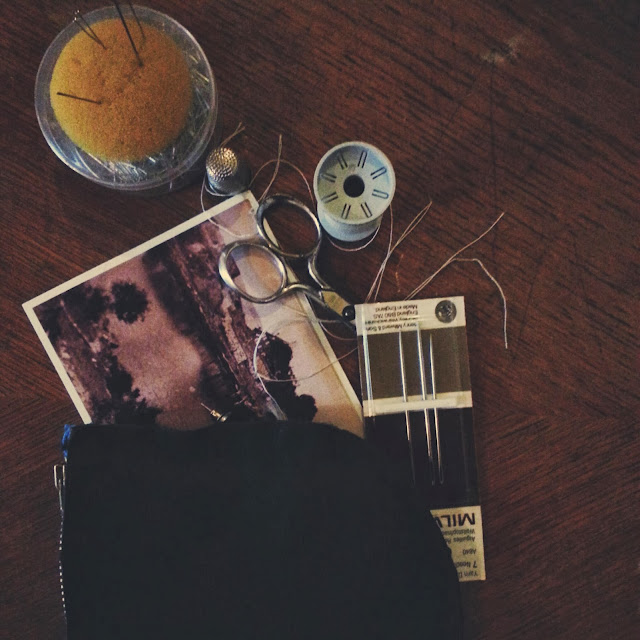 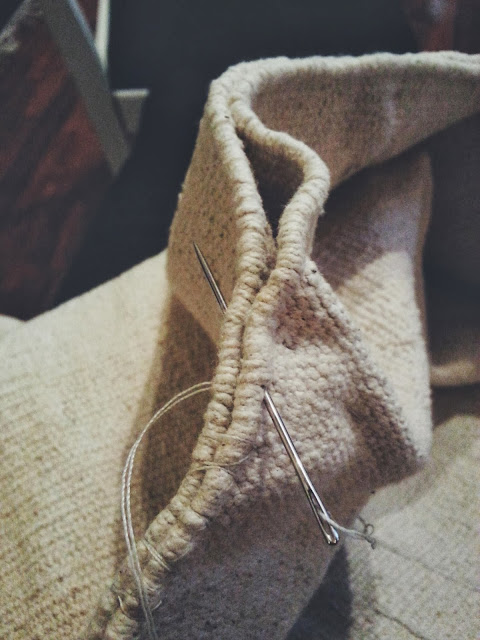 Sew large stitches from one end to the other. The rugs will get heavy as you go along, but if you treat them like a sturdy, but cozy blanket, you will be fine. Also, I didnt start pinning until I was well over halfway done. Things were getting a little skewed, but it worked out in the end. Another tip is place the rugs next to each other and use electrical tape on the back to keep them in place while you sew. 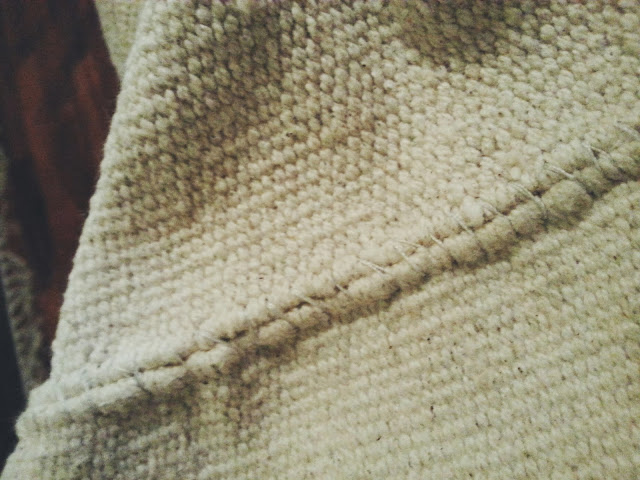 A close up of the slightly uneven stitches. If you choose the right color thread, no one will really know. 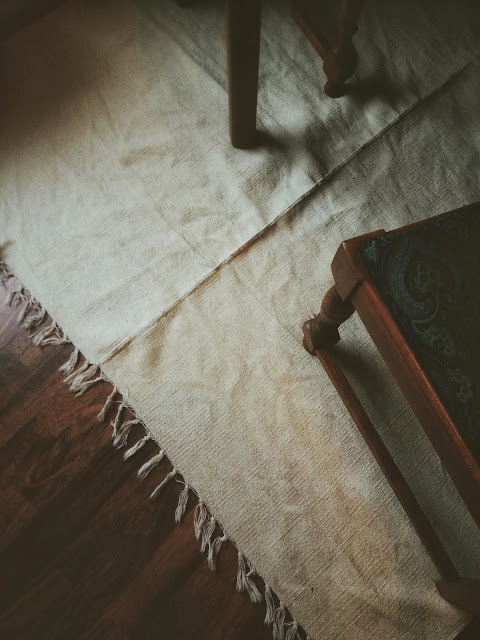 Tada! One large rug!  I see now that some ironing wouldn´t have hurt, but who irons rugs??

Do you have any restyle or DIY projects planned?
Posted by Ragnhild at 9:41 PM

Thank you for leaving a note: 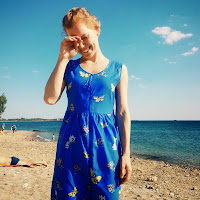 Hi! I am Ragnhild, I live in Skien, a small corner of Norway. My blog is mostly about crafts, restyling, books, cooking and life in general in my little city apartment with a balcony. Thank you for stopping by, have a beautiful day!